Following our excursion to Tracy Arm, we sailed on a beat across Stephens Passage to an anchorage on Admiralty Island, Cannery Cove, chosen for the likelihood of seeing brown bears. Admiralty Island has the highest density per square foot of brown bears of any of the islands on which they live in Southeast. I was disappointed to discover that a huge fishing lodge had been built in the cove and that it was also full of crab pots. Even though there was a perfect bear meadow in the scenic anchorage’s head, with all the human activity around, we didn’t see one grizzly in this anchorage. We did some salmon and halibut fishing here, but got skunked again; and we didn’t care about it enough to travel out to the East and West Brother islands, where most of the locals (and the humpback whales!) seemed to be fishing. The sun came out during our layover day in Cannery Cove, and we luxuriated in its rare warmth.

From Cannery Cove, we headed for Petersburg via Frederick Sound. We stopped several times along the way to whale watch, as there were dozens of humpbacks in Frederick Sound. These were the most active humpbacks we saw in southeast Alaska---much more so than their cousins up north in Chatham and Icy Straits---and they put on delightful displays of breaching, flipper-slapping, and diving in tandem. The whales seemed to be very close together, and you would often see a pair traveling side-by-side, within touching distance, or sounding in unison.

We later read that these Frederick Sound humpbacks were likely the same humpbacks we saw in Maui. Scientists have identified individuals by their markings and tracked the  sightings of the whales in both locations. Apparently, this group of humpbacks migrates between Hawai’i and southeast Alaska and doesn’t visit Antarctica.

We didn’t feel like pushing on to Petersburg making it a very long day, so we stopped for the evening in an anchorage on Kupreanof Island, Portage Bay. This anchorage makes a convenient stopover point, because it is not a long way into and out of the anchorage as it is with many anchorages in southeast Alaska. Another boat joined us in Portage Bay, the intriguing Isatis. This aluminum-hulled yacht hailing from Noumea, New Caledonia, was clearly set up for high-latitude cruising. A later web search revealed they had completed the Northwest Passage from Greenland to Nome, Alaska in 2013. Alas, we never met their crew.

The next day, we arrived in Petersburg on a rising tide. After taking on fuel, we settled into a slip in the South Harbor. Shortly after, a sailboat without a mast pulled into the slip next to ours. After meeting our new neighbors on the French-flagged Coccinelle (“Ladybug”), we learned they had been dismasted on their passage from Hawai’i to Sitka, about one month after ours! They obviously encountered rougher weather during their passage than we did. They were motoring south to Anacortes to make repairs, trying to see as much as they could along the most direct route.

Petersburg is a hardworking fishing town in a cheery, picturesque setting. Located on Mitkof Island, at the junction of Frederick Sound and Wrangell Narrows, Petersburg is extremely rich in marine resources. Like Sitka, it reflects two cultural traditions, in this case, Norwegian and Tlingit. The contributions of the Tlingit to the community are represented by the Eagle and Raven clan poles at the corner of Nordic and Haugen Drives. I also really liked this mural depicting the Tlingit way of life on one of the main street buildings:

Norwegian culture is also highly evident on the outside of some of the buildings and window shutters in the form of a decorative painting style known as Rosemaling.


Some of the boat designs in Petersburg were from the Norwegian tradition, such as this four-oared boat, or faering, we encountered in South Harbor:

Hammers Slough cried out to be photographed: 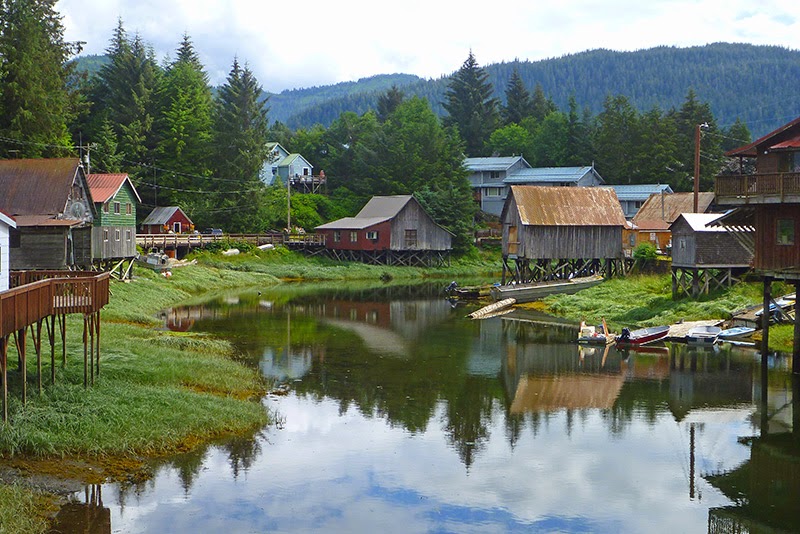 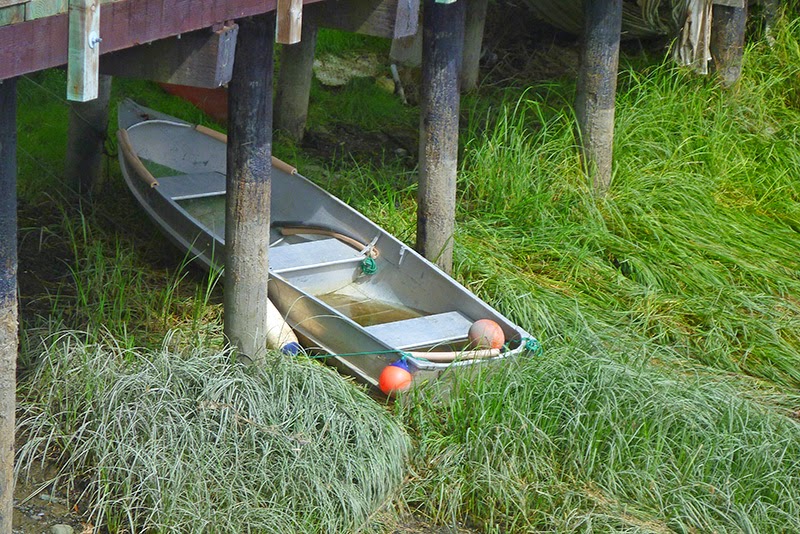 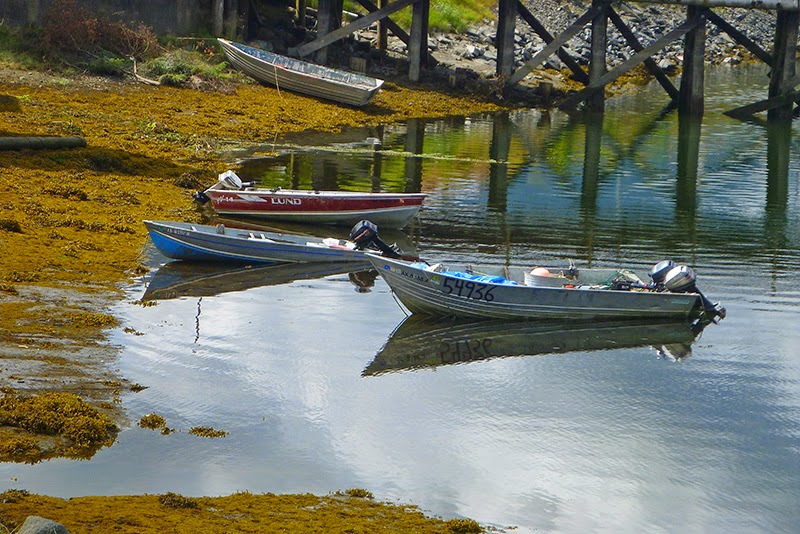 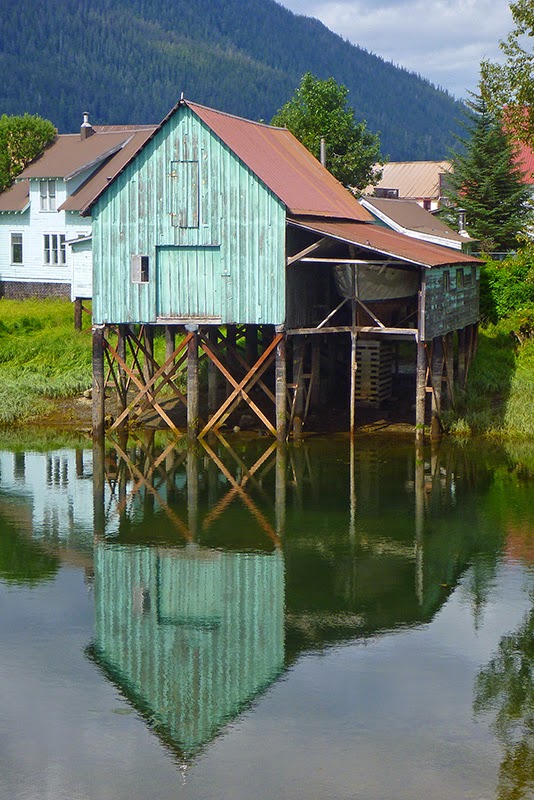 And other evidence of Petersburg's fishing culture abounded:


One interesting thing we learned about the Tlingit in this area is that they constructed fish traps similar to the Hawaiians. The Tlingit’s traps were in the shape of an upside-down heart, with the tip of the “V” funneling the fish into the trap. At a certain point in time, however, the Tlingit switched over from using stones (like the Hawaiians) to making wood traps. Apparently, you can still see some remnants of these traps at Sandy Beach Park. The anaerobic conditions in the sand have preserved the green hemlock sprigs the fish traps were made of for hundreds, perhaps up to two-thousand years.

Petersburg was the kind of town where, on an early morning walk, you could still see wildlife in a semi-urban setting.


Petersburg had a welcoming feel. Like many towns, the wealthiest people lived in lovely houses on the various waterfronts, facing either Frederick Sound or the Narrows. However, unlike some towns, the people of Petersburg were willing to share their private property and the view. Instead of “Private Property,” and “No Trespassing” signs, we saw more than one scene like this: