Photos From Our Passage to the Galapagos

Additional text for the following photos is included in the blog posts from April 9-May 1, 2012. A brief description of each photo is also included here.


This is the type of vessel we sometimes pass in the middle of the night and represents one of the reasons why sailboats keep a watch.

Boobies attempted to land on almost every part of the boat. They were unsuccessful in landing on the spreaders, masthead, and the top of the spinnaker (sail!) They made successful landings on the bow pulpit, spinnaker pole (when the sail was not set), solar panel (once), and lifelines. We saw mostly brown and masked boobies at sea, but we may have also seen some juvenile red-footed boobies.  (The juvenile forms are brown, and it's difficult for a novice to tell the difference between brown boobies and juvenile brown or red-footed boobies)


A swallow also came for a rest one stormy night.

The skipper became an expert at dodging squalls. 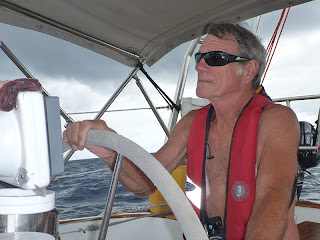 But there were some we couldn't avoid. 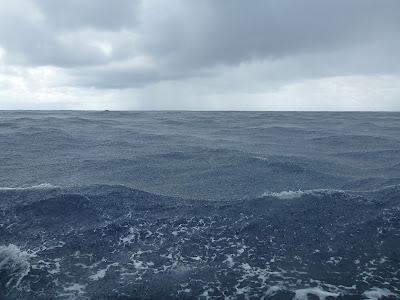 This is the view from inside a minor squall. (If it was a major squall, I wouldn't be taking pictures!) The rain pelts the surface of the sea and beats it down until it has a soft, misty texture. You can see the smooth-downed wave tops approaching from a distance. Suddenly, the sky around you disappears; you are enveloped in gray; and you know you're going to get...hammered!


Squalls weren't all bad, though. They brought their own beauty.

Although it sometimes never seemed like we would, we finally made it through the doldrums and were moving again! 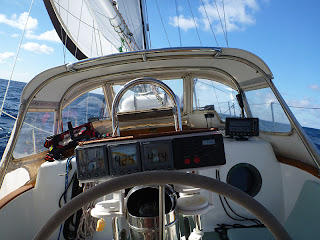 Unfortunately, our ideal sailing conditions didn't last, and we soon had to shift from a reach to a beat.


As the sweltering heat of the ITCZ was alleviated by wind, doing chores became easier again.


We made landfall in the Galapagos with our first view of Isla Pinta on April 29, 2012. 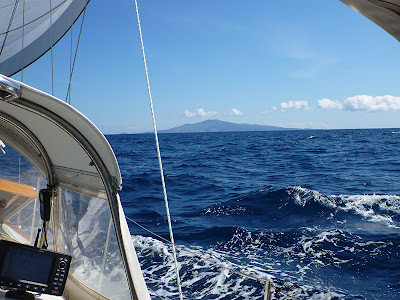 The next day, we crossed the Equator...

...and made the appropriate offerings to Neptune.


The wind picked up just in time for our arrival at Isla San Cristobal.

Posted by SV Silhouette at 7:02 PM