Lost and Found in Tahiti

I was filling out postcards and looking up my brother's new address on Facebook, when I saw  my friend Alex from Seattle pop up on the chat feature. I never see Alex on “chat,” so I sent him a quick note ending with, “We’re in Tahiti.” A few minutes later, I received a note back saying, “I’m in Tahiti too!” It turns out that Alex wasn’t alone in Tahiti. His work partner and friend Adam was with him. Alex and Adam are pilots whose work takes them all over the world. Adam used to live in Seattle, but I hadn’t seen him in over fifteen years since he moved to Florida. Alex and Adam (who had the use of a car) drove out to the Tahiti Yacht Club to visit us that evening, and we brought them over to Silhouette in our dinghy. Good times.

One of the things I really wanted to do while in Tahiti was to climb Mt. Aorai. Aorai is the third highest peak on Tahiti, and the trail starts on the flank of the mountain between Arue and Papeete at Le Belvédère Restaurant. Aorai’s attraction to me is that a climb there gives you access to views of the interior valleys and to the steeply pleated folds of surrounding peaks---such as Le Diadème---a spectacular peak not generally visible from the northwest side of the island. I was also hoping to see some of Tahiti’s indigenous flora, such as the tiare Tahiti, the “flower of Tahiti” or Tahitian gardenia---which supposedly grows better at high altitudes---and some wild orchids.

Due to a confluence of poor timing and transportation issues, I was unable to climb Mt. Aorai before we departed Tahiti. There were high winds on one of the days I had available to climb, and Aorai has a knife ridge to navigate. We only had a rental car for one day, so in order to start the climb at 6:00 a.m. (to beat the heat and descend at a reasonable hour), I would have had to take a taxi to the trail head. Doable, but it didn't happen in a week's time packed full of boat logistics.  However, luck was with me, and as we sailed towards Moorea, the peaks of Tahiti parted like the folios of a book to reveal the sought-after jewel of Le Diadème
.

Tahiti had all the pros and cons of a big city. The graffiti all over the island (not just in downtown Papeete) jolted one right out of French Polynesia and back to Seattle or L.A.


Some of the graffiti art was sanctioned by the public and more tastefully done. These murals were on the walls of a sports complex next to the Tahiti Yacht Club. 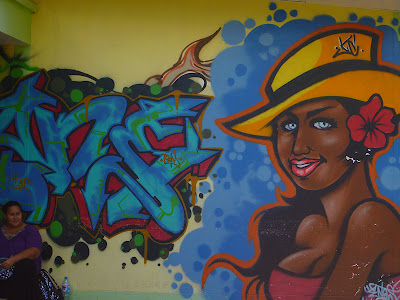 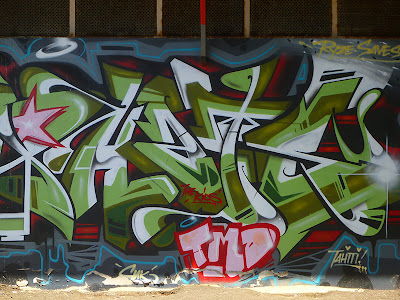 I also liked this mural, found outside their gym. 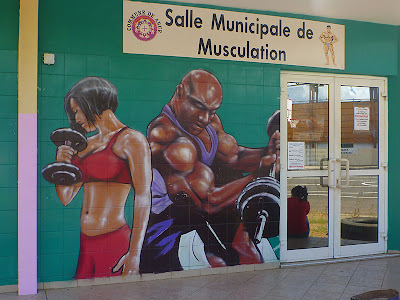 Patrick took the following photos---not in Tahiti---but in Anse Amyot in the Tuamotus. I hadn’t seen them until now, so I didn’t include them in my blog post from there. They capture the feeling of the South Pacific.